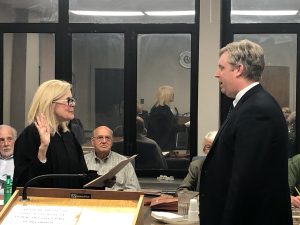 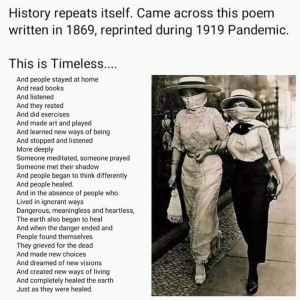 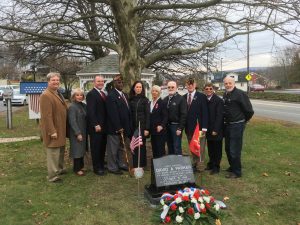 ACCEPTING OLD COMPUTERS/ACCESSORIES:  The Abington Heighs Software Club is collecting old or unwanted computers, mice, keyboards, monitors, etc.  The club will clean out old data, make necessary repairs and donate the final products to people in need.  If you have a donation, contact ahsoftwareclub@gmail.com.

News from Lackawanna County Recycling Center:  Christmas Trees will be accepted up to and through Friday, January 29, 2021.  Grass clippings and yard waste will be accepted beginning May 1, 2021.

EFFECTIVE SATURDAY, DECEMBER 12, 2020 - In Order to Ensure the Health & Safety of Our Residents & Employees, Clarks Summit Borough Office will be CLOSED to visitors, except by appointment, until Further Notice.

Sewer Payments and Permit Applications can be Placed in the Drop Box located at the Front Entrance to the Borough Building or Mailed to: Clarks Summit Borough, 304 South State Street, Clarks Summit, PA  18411.

Trash and Recycling Collection will remain ON SCHEDULE.

If you have further questions, please contact the Main Office at (570) 586-9316 or email: manager@clarkssummitpa.gov.  (The phone will be manned and messages will be check regularly)

“As we approach the Fourth of July holiday weekend and we see another spike in cases today in Pennsylvania, it’s critical that Pennsylvanians take the mandate to wear masks seriously,” Gov. Wolf said. “This virus is not gone and mask-wearing is a required mitigation effort that we know works to stop its spread.

“We have seen evidence that indicates Pennsylvania’s recent case increases can be traced to settings where people were not wearing masks or practicing social distancing. This can lead to more and more cases in our state. We have made such tremendous progress, let’s not let that progress go to waste, risking lives and livelihoods.

“We all must do one simple thing to stop the spread of COVID-19: Wear a mask, Pennsylvania.”

The Sec. of Heath’s order includes that masks must be worn when:

The order includes limited exceptions to the face-covering requirement.

THE OPEN DOOR FOOD PANTRY - sponsored by The Gathering Place, the First Presbyterian Church and Our Lady of Snows Church is available in the Elevator Lobby of the Clarks Summit Borough Building.  Please take what you need or leave what you can.

If you are being hurt at home, or witnessing others being hurt in your home, Use these resources to have your message heard.

THERE IS HELP FOR YOU.

Text 911 if you are in an emergency situation. Remember to provide your address so help can find you.

Call 911 if you are in immediate danger. Answer any questions the dispatcher has so that help can find you.

HELPING THE HOMEBOUND  In partnership with Rep. Kyle Mullins and the United Way of Lackawanna and Wayne Counties, the Lackawanna County Area Agency on Aging and Clarks Summit's EMA Director is coordinating a volunteer effort to assist our homebound and elderly neighbors. These elderly neighbors will be provided with green and yellow sheets of paper, with instructions printed on them. The green sheet would be placed in a window to communicate they are OK. The yellow sheet will indicate that help or an errand is needed from a neighbor or from the Area Agency on Aging. After calling the Agency's number, the individual will be assisted.
Assistance can include volunteers running to the grocery store or delivering food, or even a simple phone call to provide some comfort and connectivity for our elderly neighbors.  See Attached.  HELPING-THE-HOMEBOUND-PUBLIC-FLYER-00000002

THERE IS NO CHANGE TO CLARKS SUMMIT BOROUGH RECYCLABLES:  Clarks Summit does not use the Lackawanna County Recycling Center for most recyclables thereforet there is no change in the items you may put out to recycle.    Also all of the following may be co-mingled.

Clarks Summit is situated in Northeastern Pennsylvania, about seven miles away from Scranton. The northern terminal point for Interstate 476 is in our town and it is 1.58 square miles. It is surrounded by South Abington Township to the west, south, and east and Clarks Green and Waverly to the north.

Several north American Indian tribes settled and moved through what is now northeastern Pennsylvania. The Wyoming Valley was occupied by the "Six Nations".  A boundary disputer with the State of New York was settled, and the forty-second parallel became Pennsylvania's northern boundary.  A much more serious argument with Connecticut threatened to obliterate the forty-second parallel boundary and substitute the forty0first as the northern limit of the state.

The Connecticut title to the northern part of Pennsylvania arose from the interpretation which Connecticut placed upon its sea-to-sea charter of 1662. In theory, at least, the western boundary of Connecticut was the Pacific Ocean. The Connecticut Colony claimed all this land, with the exception of any "then possessed by other Christian prince or state." This exception forced Connecticut to leap over New York, but it did assert ownership of a strip of territory from the Delaware River westward to the Mississippi River.

In 1753 Connecticut people organized the Susquehanna Company for the purpose of acquiring Wyoming lands from the Indians and settling New Englanders upon it. Governor James Hamilton officially protested to Governor Roger Wolcott of Connecticut, without any result.

As Connecticut settlers took up land in the Wyoming Valley, the issue became serious enough for fighting to occur. Several so-called Yankee-Pennamite Wars (a confrontation of unbelievable brutality as one of its bloodiest battles, the Wyoming Massacre, will attest) were fought, but still the Penns could not evict the New Englanders. By 1774 there were almost two thousand Connecticut people in the Valley. At this point Connecticut formerly took possession by making the region into the New England town of Westmoreland within the County of Litchfield, Connecticut. Soon there were 5,000 New Englanders in the area which, since 1772, had been part of Northumberland County, Pennsylvania.

Unable to evict the invaders, Pennsylvania decided to appeal to a higher authority, but it had to await the formation of such an authority. The beginning of the end of the controversy was the establishment of the Confederation under the Articles on March 1, 1781. This allowed for disputes between states to be resolved through a petition to Congress. Pennsylvania did petition, and Congress gave orders. On August 3rd, 1782, the Supreme Executive Council of Pennsylvania consented to the nominees for the court, which met in Trenton, New Jersey. After hearing both side, the court gave its decision, usually nominated the "Trenton Degree", on December 30th, 1782, in favor of Pennsylvania.

Following the War, Congress had little or no money. To pay the "American" soldiers, land was given to them to settle. One of these first settler/soldiers was William Clark, who fought at the Battle of Bunker Hill and was with Washington at the Battle of Trenton. He was given 800 acres of land in Pennsylvania and was one of the first settlers to come to "Ebington", as it was then known.

The parcel granted to William Clark was part of the land in dispute and when he went to verify his deed at the land grant office in Luzerne County, he was told that his claim was worthless, and if he wished to settle on the land he would have to pay for it.  Historical records have William Clark and his three sons arriving in the Abington wilderness around the middle of March, 1799. William Clark built his log cabin on the hill where the Clarks Green Cemetery is now located.

Early settlers faced many obstacles in their efforts to gain a foothold in what were mostly hostile surrounding. At that time the Abingtons as we know it today was part of Tunkhannock Township, an area covering 41 square miles. The main industry was farming. Confounding their efforts, was the need to fight a constant battle against wolves. A serious, persistent threat menacing human life and livestock.

Companies were formed and turnpikes were created, charging tools. One of the first of these was the Philadelphia and Great Bend Turnpike. It was chartered by the Pennsylvania Legislature in 1818. It connected two rivers, the Delaware and the Susquehanna, and was a direct route north from Philadelphia to New York State. From Stroudsburg the turnpike wound its way over the Poconos to Dunmore, then toward Chinchilla.

In 1824 Thomas Meredith (first Treasurer of the United States) obtained a charter for a railroad from the mouth of Leggett's Creek to Great Bend on the Susquehanna. The road was surveyed but failed for lack of funds.

On October 15th, 1851 the first train traveled from Great Bend to Scranton.  With the arrival of the Northern Electric Railway in 1907 Clarks Summit finally came into its own. Not just Clarks Summit but the entire Abington area.

"Now, August 30, 1911, the Court, after a full investigation of the above case, finds that the conditions prescribed by law have been compiled with, and believing it expedient to grant the prayer of the applicants, do hereby order and decrees that the village of Clarks Summit in the Township of South Abington, said County, and the land immediately adjacent thereto, be and the same hereby incorporated into a Borough, in conformity with the prayer of the petitioners, by the corporate name of the Borough of Clarks Summit."

First school 1893 the "graded School" was built on the south side of East Grove Street (the building was destroyed by fire from lightning 2 years later).

Oldest House 1837 is on West Grove Street. Formerly owned by several generations of the Snook family, the house is to the north of the Abington Community Library.

April, 1950 the borough manager form of government was adopted.

For an EXCELLENT source of information about Clarks Summit, see "Clarks Summit A Narrative" by Helen R. & John C. Villaume. A copy is available at the Abington Community Library. 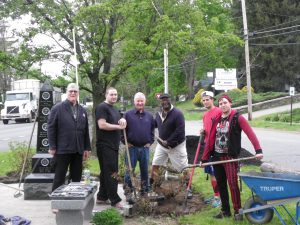 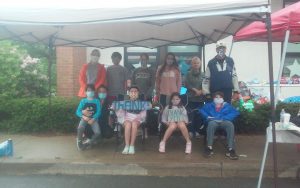 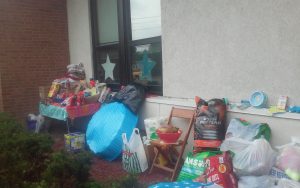